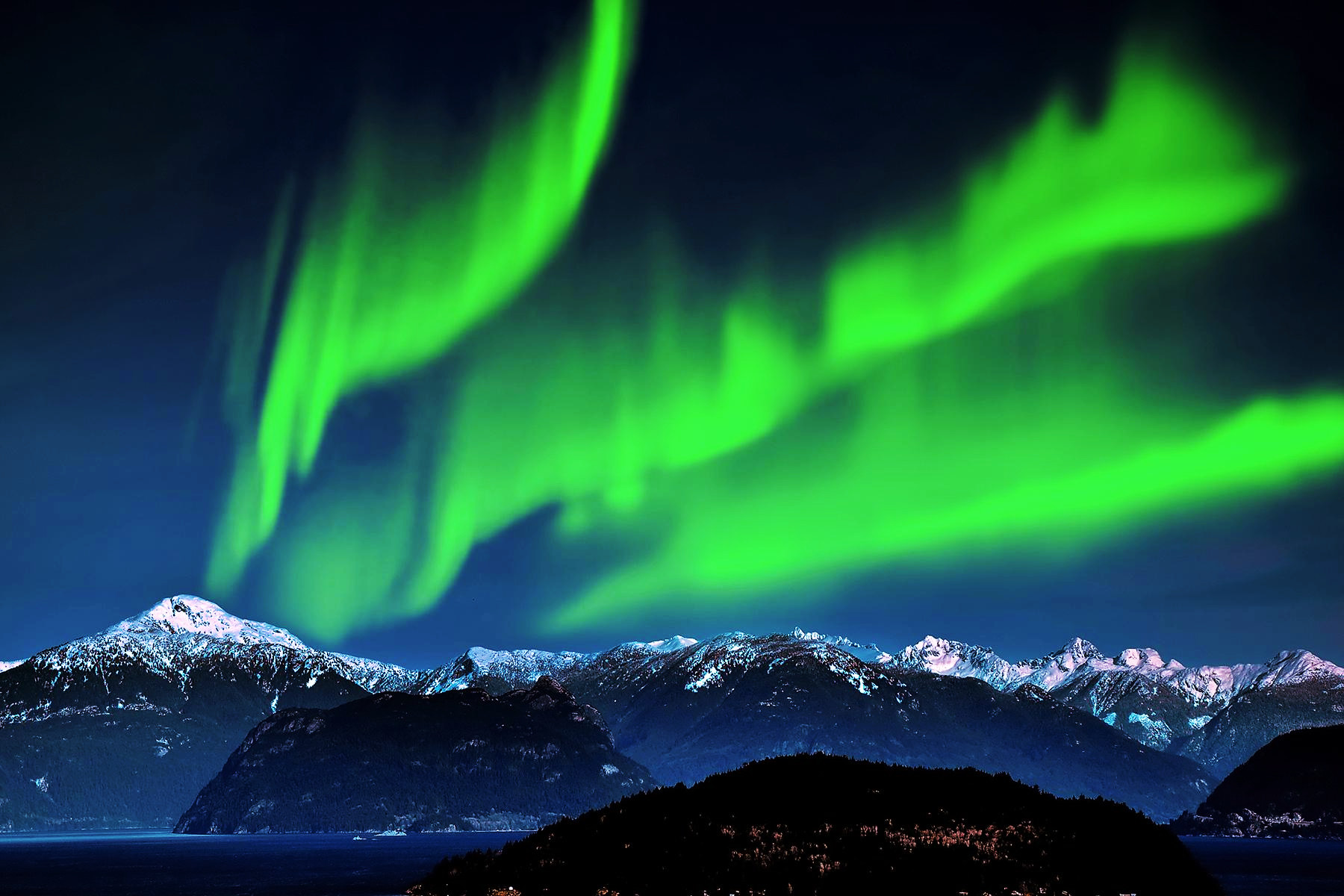 Alaska’s landscape is awe-inspiring with mountains of ice and winter light. The dramatic summers and winter lights make the land more stupendous. The Arctic plain makes the words “The last frontier” come true and a realistic description rather than imaginary. This frozen land is full of shocking facts and unique features. This article contains Alaska facts, maps, and scenic attractions.

In Alaska, the lifestyle is slow yet self-sufficient. One-third of the state lies in the Arctic circle; thus, most of the state is made up of permanently frozen sediment and rocks. About a fifth part of the state is, underlain by permafrost. The climate is extreme, with long cold winters with cool summer and snowfalls all year-round.

Alaska is famous for many things, especially its massive and wild Salmon. No doubt, it’s a fascinating and breathtaking state, with lots of wonders and exotic places such as Alaska Native heritage, Inside passage through a cruise, Northern lights, etc. Here you will read surprising Alaska facts, frozen maps, and scenic attractions.

Alaska, Land of the Midnight Sun

The name “Alaska” is derived from the Aleut word “aláxsxaq.” The meaning of Alaska is a reference to the sea, directed towards an object. It was discovered in 1714 by a Danish explorer after that added as 49th state of the United States in 1959. Alaska has no official nickname, but it is called “The last frontier land of the midnight sun” because of the cold winters and summers.

Even in summers, the sun barely shows up in the sky; Alaskan summers are as cold as winters and sunshine are merely around the clock. There are lands of Alaska that get 67 days of darkness without any sun. But this only happens in some countries. The other states get midnight sun in the summers.

Juneau is the capital city of Alaska. It is the 2nd most populous city in Alaska. Juneau obtained its name from a gold prospector. It was declared the capital of Alaska in 1906. Juneau does not connect with the rest of the state an does not have a road network like other cities. The means of transportation in Juneau is by ferry. This scenario can only attribute to the terrain of the land in the capital, which is highly rugged.

Juneau has a predominantly young population that falls between 18 to 35 years. The capital is operated through the city manager system of government. The mayor is the head of the city. The mayor works together with other elected officials. He ensures the services and activities of capital are in order. The capital is divided between the republicans and democrats, with one district seen as siding with the democrats and the other district siding with the republicans.

30 Astonishing Facts about Alaska You Need to Know

Alaska does not lack in this section. It is a very exotic place. Alaska has many scenic attractions. Rather than being frozen, the site has so much in store for tourists. A vast uninhabited area as it is overwhelms the cities. There are a lot of attractions in Alaska. Many places are used as jumping-off points for tourists to explore Alaska’s wilderness. Here are the top 10 scenic attractions of Alaska:

Alcan Highway is paved along the shore of Kluane Lake, constructed during world war 2. The road connects the United State with Alaska across Canada. Alcan derives from two words Alaska and Canada; when combined, it is called the Alcan highway. The highway passes through Canada before crossing the international border into Alaska and ending in Delta Junction. It has so many astonishing sights to see, and it is ideal for a long road trip of about 3000 miles approx.

The Alaska Native Heritage Centre is outside Anchorage. The heritage center consists of The hall of cultures, which represents their native culture. It also has a gathering place for dancing and storytelling. The heritage center provides hands-on interaction with people, music, and art. Though it is out of downtown, there is a summer-season shuttle from Anchorage Museum at Rasmuson Center.

Wrangell-St. Elias National Park & Preserve is among the most magnificent sprawling national parks. It is home to wildlife. This place is an iconic place for climbers, water sports enthusiasts, and walkers. There are abandoned mines, preserved heritage buildings, and historical landmarks in Kennecott Mines.

The Iditarod trail refers to 1000+ miles of the past and contemporary trail system in Alaska of the United States. The trail began as a composite established by native people. Historically this trail is also known as the Seward-to-Nome Trail. Ancient hunters used it in the past, and then it came in use of gold prospectors. Now it is used and best known as the iconic Iditarod Trail Sled Dog Race. It also comes in the use of hikers in the summer season.

The journey to Seward is as alluring as the small town itself. It is a port city in southern Alaska. It is a gateway to Kenai Fjords National Park. Visitors travel by the Seward Highway to reach the community of south anchorage. Seward is for exploring Kenai Peninsula attractions, such as Alaska SeaLife Center, Exit Glacier, etc. This town has many scenic sights.

Kodiak National Wildlife Refuge is a significant cause indeed, established to preserve the extinction of species. It is a refuge, especially for Kodiak bears and rare animals. It is an attraction to many tourists as it contains rare animals and about to be extinct animal species.

The Totem Bight State Historical Park is a place to restore the totem poles’ tradition, which was dying out. Funds were collected to hire cavers among the older generation to salvage and reconstruct the totem poles. Abandoned totem poles were restored and preserved. In this process, artisans were able to pass their skills to the younger generation as a natural gift.

Mendenhall glacier, located 12 miles northwest of the state’s capital, is also accessible by road. The glacier snakes down for about 15,000 sq mile Juneau icefield to touch the small lake shores and looks out over both the glacier and the iceberg-dotted waters. The landscape is home to wildlife such as porcupines, black bears, and beavers, which are commonly spotted while exploring this dazzling blue landscape. It is indeed a breathtaking sight to see. The trail is also present for hikers and explorers. This place is, no doubt, heavenly.

Alaska railroad is a noteworthy part of Alaska’s history, yet vital transportation is an option still today. It also has a second nickname, “Backbone of the Last Frontier.” It extends from Seward to Fairbanks. This railroad has a significant role in the development of Anchorage. It helped Anchorage to develop from a tent town into what it is today. It offers rides for various routes and event rides, including a kids’ Halloween train and backcountry ski packages.

The inside passage is a water passage between the Gulf of Alaska and Puget Sound. The most popular way of visiting the inside passage is by cruise. The cruise travels through charter boats and private yachts, fjords on large ships, or off the highway at Skagway, Hyder, or Haines. It only stops on a few ports. Mid-June through mid-July is the peak season for cruisers. It is a peak season because of optimum daylight and suitable weather.

Geography and Maps of Alaska

Alaska increased nearly one-fifth size of the United States. The largest municipality of Alaska is Anchorage and the smallest city is Bettles. Moreover, glaciers cover 5% of the land. The highest temperature recorded in Alaska is 100 degrees Fahrenheit and the lowest temperature recorded in Alaska is -80 degrees Fahrenheit. There are more than 130 active volcanos in the state, and there are 1000+ glaciers in Alaska. Moreover, the state divide’s into five regions:

Below is the Google map overview of the state for your ease. Alaska is a cold state, and as you can see, the many cities have waterways and the glaciers that the state possesses.

Here we have a printable version of Alaska for your better understanding of the state. If you wish to print this, you can simply right-click and open it in a new tab, then press ctrl+P.

Following is the state’s detailed map for you to learn more about the state’s land and geography along with its road and water system.

Following is the detailed table for your ease in understanding the geography and maps of Alaska:

Alaska is undoubtedly a heavenly place for tourists, family, and admirers of nature. This frozen land is breathtaking and wondrous. Away from all hustle-bustle of life, you can enjoy simple and self-sufficient life in the state. You can have the most delicious and fresh seafood here, for instance. Locals are friendly. Hence, a beautiful place with loads of nature. In this article, I shared my research about facts, diverse maps, and scenic attractions in Alaska.