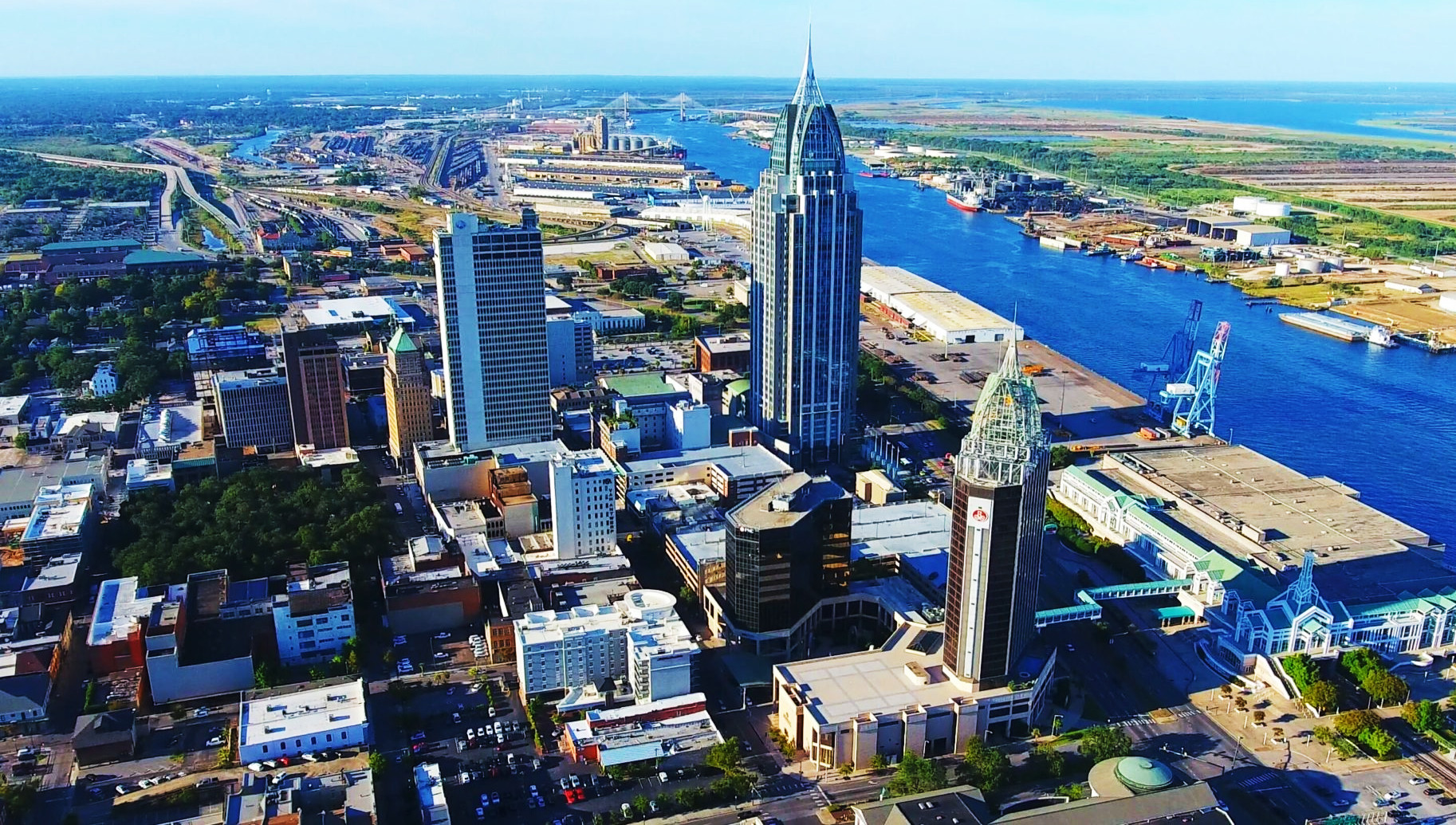 Here you can find everything about Alabama facts, maps, and significant attractions if you are searching for a historical place to visit. It is an exotic place for all ages. It is rich in culture yet developed. Thus, it is a perfect destination for your next vacation.

Alabama is cheaper to live in, and it rarely snowfalls here. Moreover, the summer of Alabama is the preferable season for tourism. Alabama is also very famous for its incest laws, such as you can marry your first cousin. Moreover, it has the most amended state constitution in the world. Alabama is in the United States, which is the most dangerous tornado area. Huntsville, Alabama, is a top-rated tornado city.

Being rich in history and culture, it is also full of nature as well. Science and technology are also an attraction for a lot of tourists in Alabama. So, in this article, you will learn about Alabama’s facts and maps along with its major attractions.

Alabama, The Heart of Dixie

Alabama is a state in the south-eastern region of the United States; it became a territory in 1817 and, on March 3, entered the union as 22nd state in 1819. The Spanish discovered Alabama state in 1540. The word Alabama, derived from two words, Choctaw words “Alba” and “Amo,” means gatherer or picker. It also has a nickname called “yellowhammer state,” for instance, given after its state bird “yellowhammer.” Likewise, it also has more nicknames like “cotton state” and “heart of dixie” — Alabama’s capital is Montgomery.

The official insect of the state is “The Monarch butterfly.” Its state tree is southern-long leaf pine, and the state flower is camelia — the most industrialized city of Alabama in Birmingham. It is the most populated city in the state. The largest city in the country is Huntsville. The oldest city is Mobile, which was founded by the French colonist in 1702. The principal towns of Alabama are Huntsville, Birmingham, Mobile, and Montgomery.

Montgomery is the capital city and the county seat of Montgomery county. Montgomery was declared as the capital of Alabama in 1846. It is located beside the Alabama River and on the coastal plain of the Gulf of Mexico. It is an industrialized city that is a prime market center for lumber and agricultural goods, especially livestock and dairy. Maxwell air force base is also in Montgomery.

Montgomery is also known for its historical landmarks and culture, like Dexter Avenue King Memorial Church, Alabama State Capitol Confederacy, Hank Williams Memorial, Alabama Shakespeare Theatre, Montgomery Bus Boycott, Civil Rights Memorials of Montgomery, etc. This city is so rich in history, but it is focused on the future and rising with time. Moreover, in this article, you will read all the facts and maps about Alabama in detail.

10 Most Beautiful Places to Visit in Alabama

Alabama has a lot of attractions for all ages. A handful of Alabama cities is home to major civil rights monuments, historic sites, museums like Sixteenth Street Baptist Church in Birmingham, National Memorial for Peace and Justice, Selma’s Voting Rights Museum, etc. It is also home to sandy beaches, nature reserves, and state parks. Hence you can explore science and technology at McWane Science Center and Huntsville’s U.S. Space and Rocket Center.

Here are the top 10 Alabama’s attractions that must be on your vacations bucket list:

McWane Science Center is a research and science museum. A big draw for science lovers and the most eye-catching elements in Mcwane science center is precious minerals, Native American artifacts, and fossils, including the world’s fourth-largest collection of mosasaurs and the appalachiosaurus similar to Tyrannosaurus and the basilosaurus centroids, an 80-foot (24 m) fossil whale of state of Alabama.

It has 5000+ items transferred from its former Red Mountain Museum. Why adults have all the fun? Mcwane science center has a lot of fun stored for children as well. Itty bitty magic city exhibit has a water play area, a climbing structure, and a place precisely for toddlers. It helps children to develop an interest in science and technology.

From the name of it, you can guess that the park is about a mighty battleship. Moreover, the ship is sitting at the waterfront of the memorial park since 1942. The battleship’s name is “mighty A.” The military dismantled the ship after the second world war, but tourists can visit many parts like a mess hall, captain’s cabin, bridge, etc. This park is also a home for submarine used in the second world war. You can find a variety of artifacts there and a blackbird spy plane, military equipment, etc.

Who does not love a sandy beach to relax on and if it includes historical places too. The mobile bay is a picturesque sight of the Alabama coastline, and it is 50km (31 miles) long, and it is the most visited beach in the state. Being a well-liked beach in Alabama, this beautiful island also has many things to see and admire the beauty of nature like Fairhope Pier, historic Fort Gaines, etc.

This place is ideal for couples, family gatherings, independent travelers, and tourists. It is also very famous for being the lines of the American civil war. You can find yourself a perfect accommodation in a small town called Dauphin island.

Motorsport and car lover, George Baber’s collection consists of more than 1400 motorcycles and rare and coveted cars, sitting in his museum from 1995. Moreover, these models showcased in the museum are unique and old as they go back to the machinery age. His several motorbikes are given as a loan to the Guggenheim Museum in Newyork for an exhibit called “Art of the Motorcycles,” It is an ideal place for vintage fanatics.

W.C Handy, the father of blues, is an influential musician; likewise, he is among the most dominant composers in the U.S. He was born in Florence, Alabama. His beautiful log cabin, where he was born and lived the rest of the life, is now a museum in his remembrance. A variety of musical instruments are on display, including his trumpet and piano. Among his most famous songs were Yellow dog blues, Beale Street blues, snakey, etc.

The civil rights memorial of Montgomery is a memorial for 41 people. They struggled and eliminated discrimination between people. They wanted equal treatment of all people regardless of their race, caste or creed. The Southern poverty law center sponsors this memorial. The exquisite black granite sculpture recalls the lost ones and those who struggled for justice until their last breath.

Moreover, this the undeniable proof of their bravery and struggle for justice. In my opinion, “The wall of tolerance” is the star attraction of the museum. Every individual writes their names who vows to stand against injustice, hate, and discrimination.

Adventureland theme park is an attraction for children and millennials altogether. Being an family-oriented place, it catches the attraction of families and tourists in search of some battling cages or bumper boats, and it is not pricey at all, and you can have all the fun without even breaking your bank. Moreover, virtual sleigh rides are also available in the park all year despite any season.

Birmingham museum of art, founded in 1951, has the most elegant collection of art. Moreover, the Museum of Art contains more than 24,000 paintings as well as drawings and sculptures. The museum has a diverse variety of decorative art that represents different cultures, including African, American, Asian, etc. Besides, it is the most comprehensive art in the south-east. It is in the heart of the city’s cultural district, and Birmingham owns it.

The European art section has the most substantial part of the permanent collection, including Pissaro and Van Rijn’s works. This museum has decorative art and sculptures from the 13th century to 1750 and 18th-century European decorative art. Moreover, the architects Warren, Knight, and Davis designed the building of the museum. The art in the museum consists of silverware, porcelain, and furniture. Similarly, the museum also hosts exhibits featuring different themes.

1. US Space And Rocket Centre

Alabama is the thirtieth most extensive state in the united state with 52,419 sq mi (135,760 sq km) of total area, whereas 3.2% area is water, which makes Alabama 23rd in amount surface and giving it the 2nd largest inland waterway system in the United States. Furthermore, the state shares border with Tennessee to the north, Georgia to the east, Florida and the Gulf of Mexico in the south, and Mississippi to the west. Moreover, Alabama is the 30th largest by area and 24th most populous of the United States. Alabama has six ecoregions:

Along with the border of the state, in the north, eastern region lands are mountainous whereas, in the west, central and southwestern regions, the area is covered with greenery. Alabama is home to various underground caves. Alabama has navigable rivers spread to 1350 miles and a coastline with the Gulf of Mexico.

Here we have an authentic overview of the Alabama google map for your ease. Alabama is a big state and has many historical landmarks.

Following is the printable map of Alabama. If you wish to print this map, you can open it in a new tab and press ctrl+P.

Moreover, below is the detailed map of Alabama for your better understanding of Alabama counties and cities.

Following is the detailed table for your ease in understanding the geography and maps of Alabama:

In conclusion, Alabama is an exotic place for all ages, and you can explore it as much you want, and you will never get over its beauty as well as its uniqueness. Moreover, make Alabama your next destination, and I hope now you know more about facts, maps, and major attractions in Alabama.